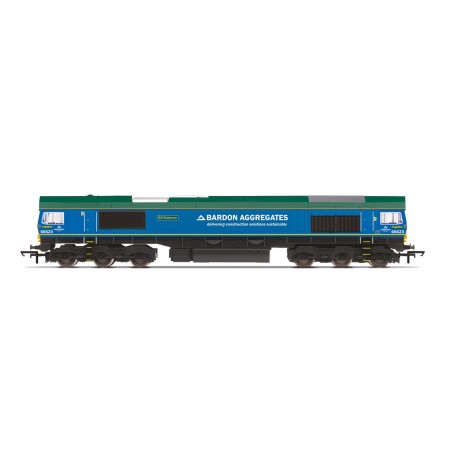 The Class 66 is a Co-Co diesel-electric freight locomotive introduced to Britain in June 1998. Over 500 locomotives were built, the final one being delivered to GB Railfreight in the spring of 2016. No. 66623 ‘Bill Bolsover’, named to honour the chairman of Aggregate Industries, was delivered to Freightliner UK in February 2007, entering the UK via Newport docks aboard the ship ‘MV Fairload’. The locomotive initially carried a Bardon Aggregates blue livery however with the eventual loss of the Bardon traffic, 66623 reverted to Freightliner branding, but kept the old Bardon base livery, a situation that remained until 29 March 2019 when the locomotive was de-named and repainted into the new Genesee & Wyoming/Freightliner livery of orange with black stripes.