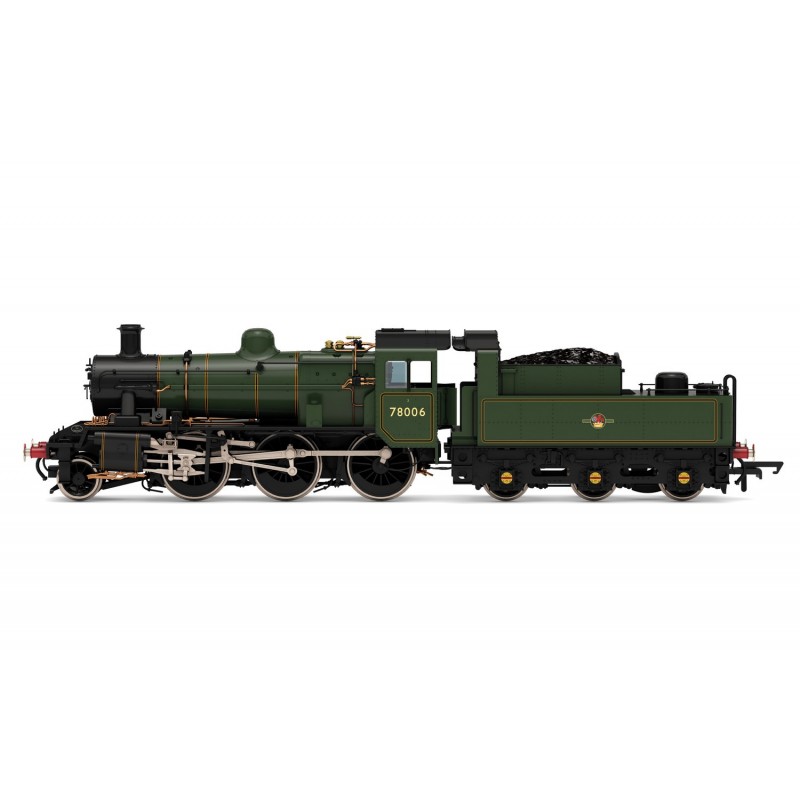 Designed by R. A. Riddles and derived from Ivatt’s LMS 2MT 2-6-0 locomotive design, itself a variation of Ivatt’s Class 2 2-6-2T, the BR Standard Class 2 was the smallest of the BR standards and featured changes to the LMS design such as smaller cabs so that they could be used across the network where loading gauges were less generous. Darlington works was responsible for building the entire fleet of 65 engines and for a time construction of the LMS and BR designs overlapped. Like the LMS predecessor the BR design had a tender cab to enhance crew protection and visibility when running tender-first. 78006 was one of the first batch of the 2MT standard design built by British Railways. The locomotives in this batch were built for the Western Region at Darlington who had experience building the LMS Ivatt 2-6-0s. The locomotive was initially assigned to the Oswestry depot for work in mid-Wales where the enclosed cab design proved a huge advantage. From 1962 the locomotive was based in Gloucester where it remained until withdrawal in December 1965.