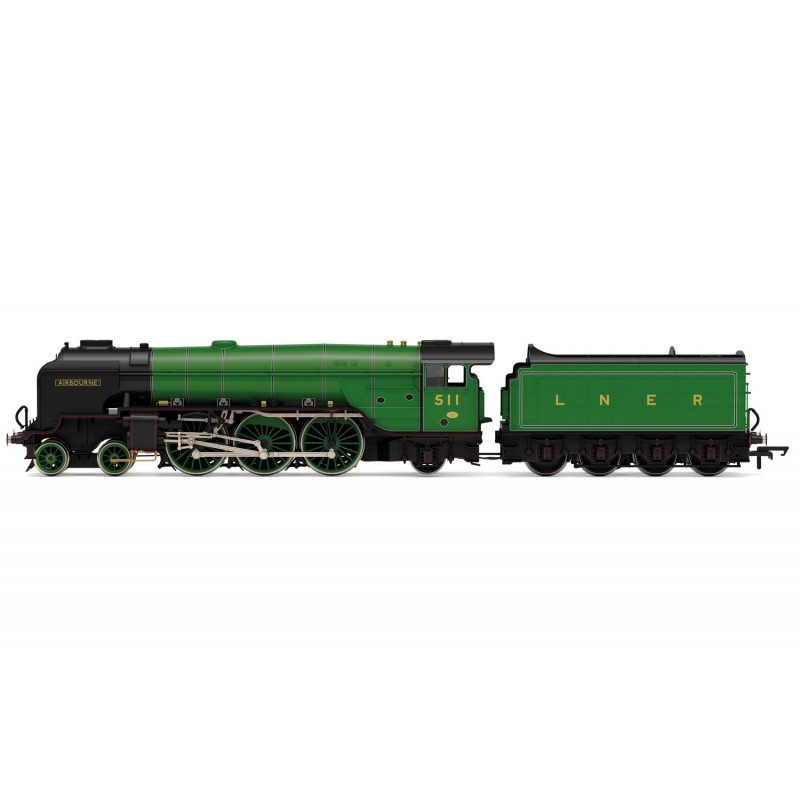 The A2/3 Class were designed by Edward Thompson as standard express passenger locomotives. After Sir Nigel Gresley’s unexpected death in April 1941, Edward Thompson desired to standardise the locomotives of the LNER. This process involved rebuilding locomotives using standard components such as wheel sizes and boiler designs. The A2/3 Class were new built to a similar specification to the A2/2 rebuilds, differing in cylinder sizes and boiler pressure. Thompson advocated divided drive, a system in which the middle cylinder drove the forward two of the six driving wheels whilst the outside cylinders drove the middle two. Due to his quest for standardisation, this arrangement necessitated the middle cylinder to be placed further forward than normal and the outside cylinders further back, behind the leading bogie, so that standard connecting rods could be used for all cylinders. LNER No. 511 'Airbourne' was built at Doncaster Works and entered service in July 1946. After nationalisation, it was renumbered 60511 and assigned to the Heaton engine shed. It was withdrawn in November 1962.