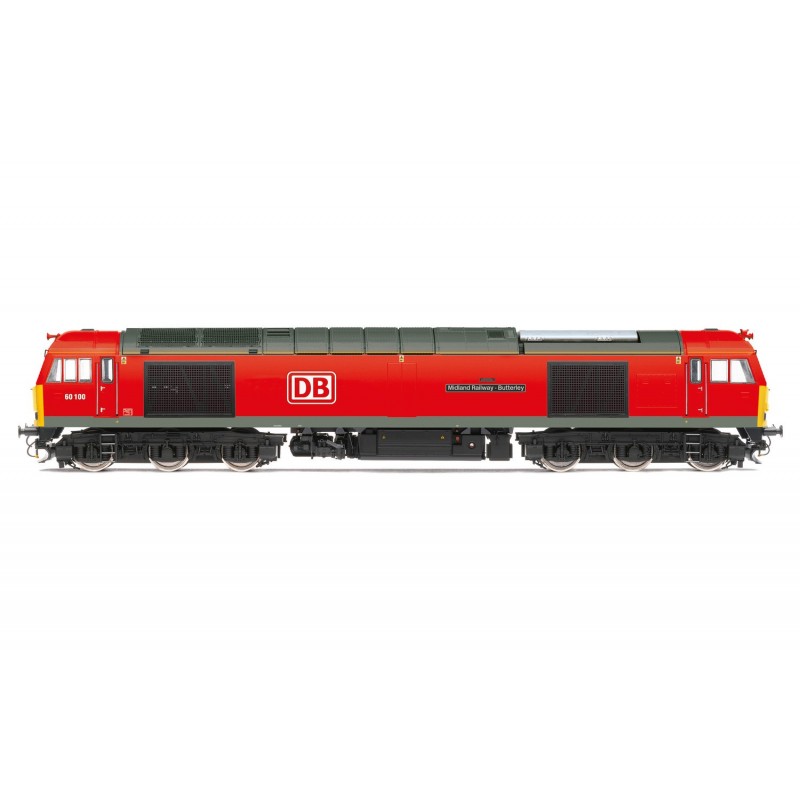 The last Class 60 to be built, 60100 entered service on 9 December 1992 with Railfreight (Construction) named as Boar of Badenoch, a name the locomotive retained until May 2003. On 28 June 2003 the locomotive was renamed Pride of Acton, retaining that name until March 2010, after which the locomotive was moved to storage, pending overhaul as a ‘Super Sixty’. Returning to traffic, on 16 June 2018 60100 was named Midland Railway – Butterley during Butterley’s Diesel Gala.