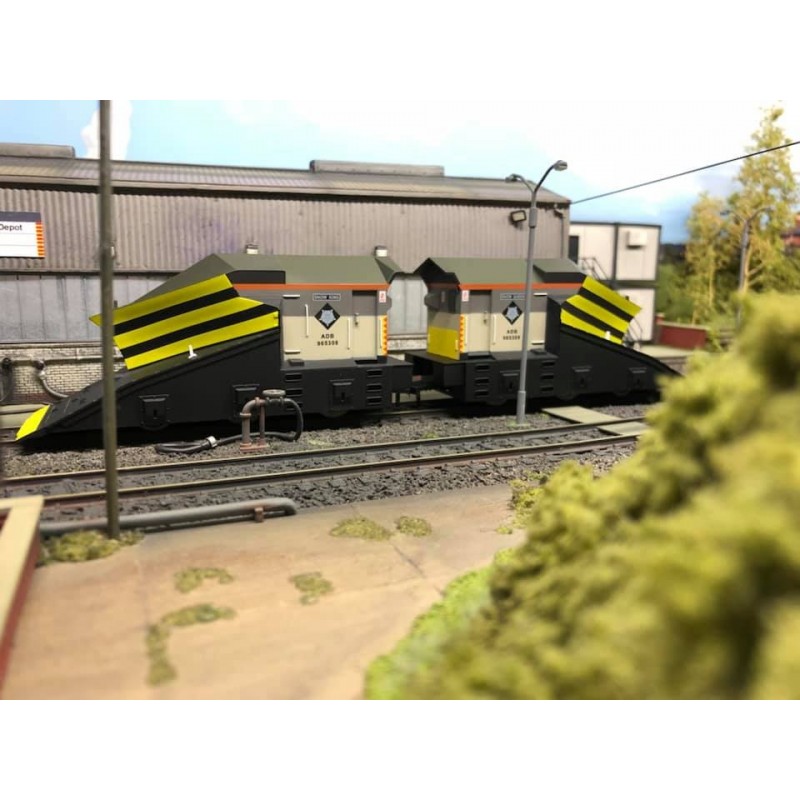 After almost 10 years since their first release, ABC Workshops have teamed up with Flangeway to offer the ever popular ZZA Tinsley/Buxton snowploughs in the iconic triple grey RFD livery adorned with the painted names Snow King & Snow Queen, as well as Tinsley depot plaques. Optional ice breakers are also included as per usual.

They will be sold as a boxed pair, and are a limited run of 300 pairs.

Artwork has been approved, and delivery is due in early April.

They look stunning with some suitable Tinsley haulage such as 47145.

These models are supplied and shipped by ABC Workshops. We will take orders and payments on our store on their behalf. Payment will be taken at a later date.