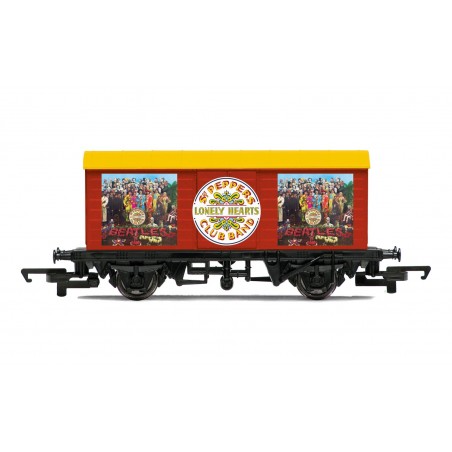 ‘Help!’ was the fifth studio album by The Beatles, released in August 1965, and served as the soundtrack to their film of the same name. The album was a hit topping both the UK and US charts and featured well known songs including ‘Help!’, ‘Ticket to Ride’ and ‘Yesterday’ among others. The album is celebrated by Hornby on this goods van featuring specially designed artwork inspired by the album.