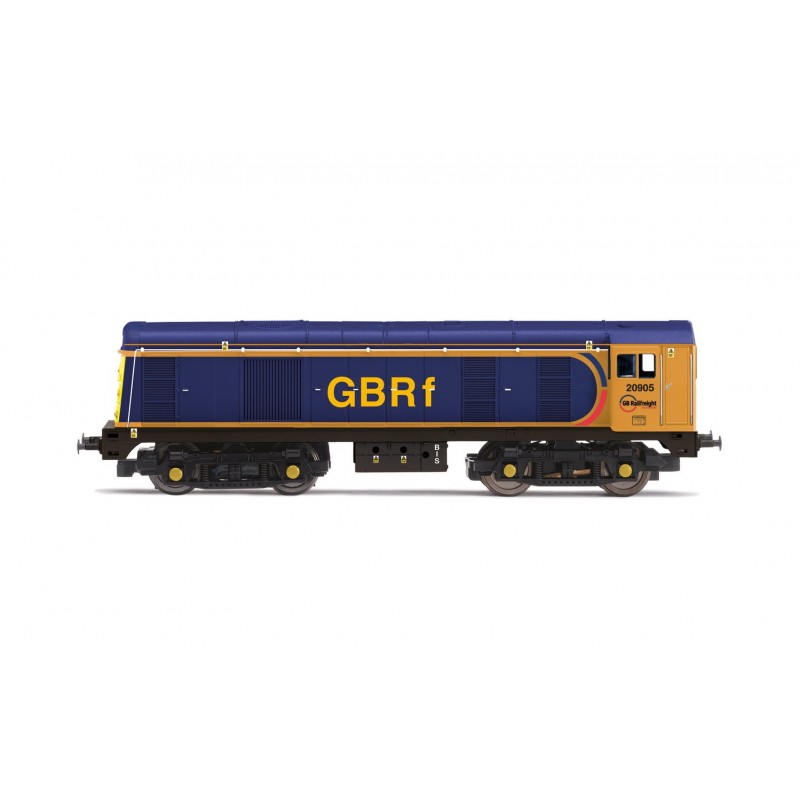 Built between 1957 and 1968 for use on light mixed freight trains, 228 English Electric Type 1 (later to become Class 20) locomotives were built. Affectionately known as 'Choppers', due to their distinctive engine sound, most of the class have now been retired from traffic but a few remain working, particularly with GBRf. Six locomotives were sold to Hunslet-Barclay and modified following withdrawal in 1989 for contract freight traffic and weed killing trains. Subsequently sold on to DRS, 20901 and 20905 were purchased by the Harry Needle Railroad Company and were then hired to GBRf for transporting London Underground stock between London and Derby, being painted into GBRf Europorte's Blue and Gold livery for the duration of the contract. Locomotive D8325 was built at the English Electric Vulcan Foundry in February 1968 and initially allocated to the Polmadie engine shed. In 1973 the locomotive reived a TOPS classification number of 20225 before being renumbered 20905 in August 1989 following modifications to 20/9 specifications.