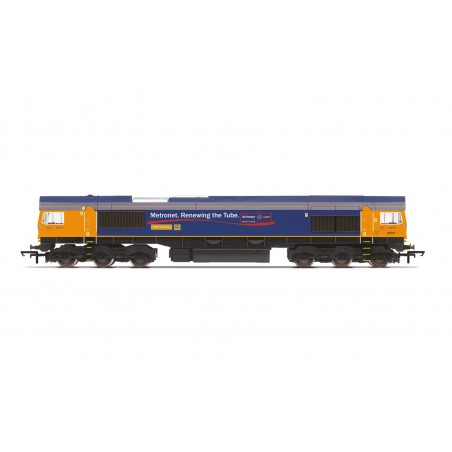 The Class 66 is a Co-Co diesel-electric freight locomotive introduced to Britain in June 1998. Over 500 locomotives were built, the final one being delivered to GB Railfreight in the spring of 2016. No. 66713 ‘Forest City’ was delivered to Newport docks in May 2003. It’s name is a reference to the birthplace of the Class 66, the Electro-Motive Diesel factory in London, Ontario, a city often known as ‘The Forest City’.