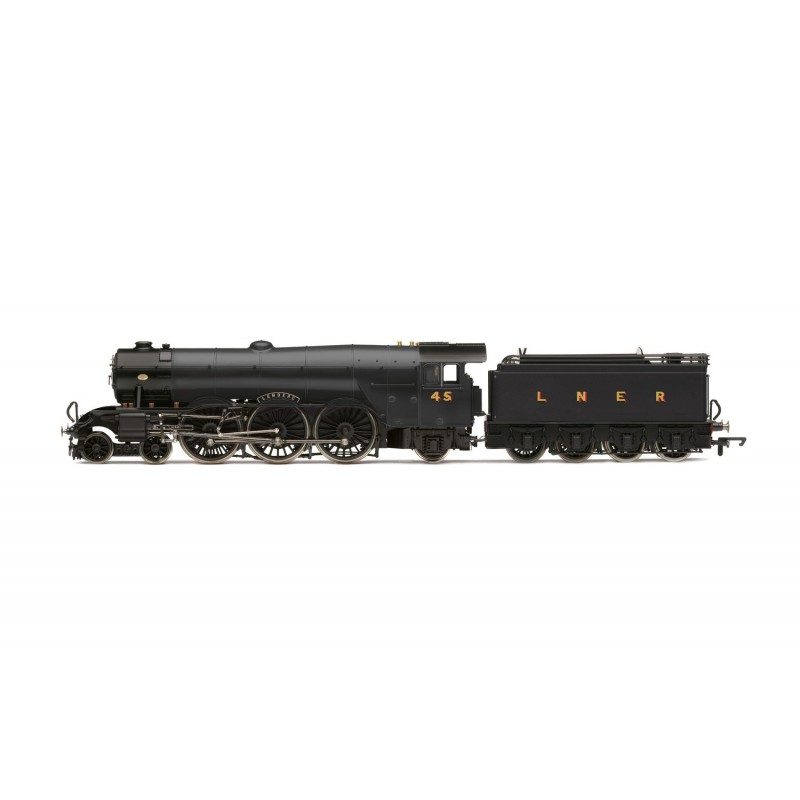 LNER No. 2544 ‘Lemberg’ was built at Doncaster Works in July 1924 as a member of the A1 Class. In 1927 'Lemberg' became one of the first of the class to be rebuilt as an A3 Class locomotive. In 1946 ‘Lemberg’ was renumbered under Thompson’s renumbering scheme, becoming No. 45 before being renumbered again upon nationalisation of the railways, becoming BR No. 60045. As with other A3s, a double chimney was fitted to ‘Lemberg’ in 1958 followed by smoke deflectors to combat the resultant reduction in visibility caused by the softer exhaust blast. After a long service, the locomotive was withdrawn in 1964.