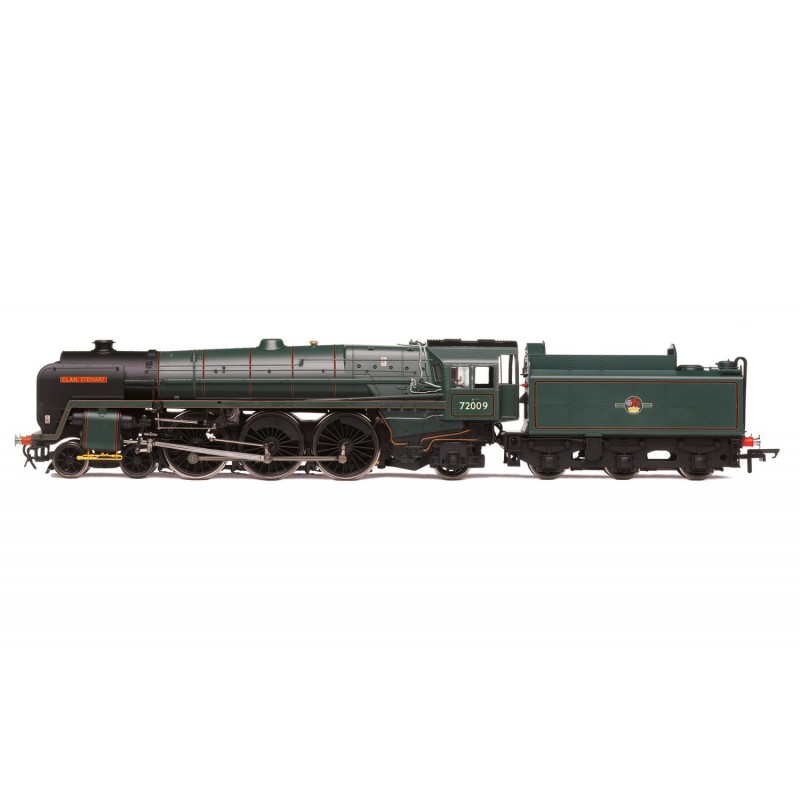 Based upon the Britannia Class locomotives, the BR Standard Class 6 ‘Clan Class’ was a 4-6-2 Pacific locomotive designed by Robert Riddles to operate mixed traffic with an increased route availability. Changes included a smaller boiler, smaller cylinders and various other weight saving measures. Due to a shortage of steel only 10 of the class were ever built. The class were not hugely popular due to being less capable in comparison to the visually similar BR standard Class 7 locomotives they were based upon. 72009 'Clan Stewart' was the final 'Clan Class' locomotive, built at Crewe in 1952 and assigned to the Carlisle Kingmoor shed until being withdrawn at the end of 1965.