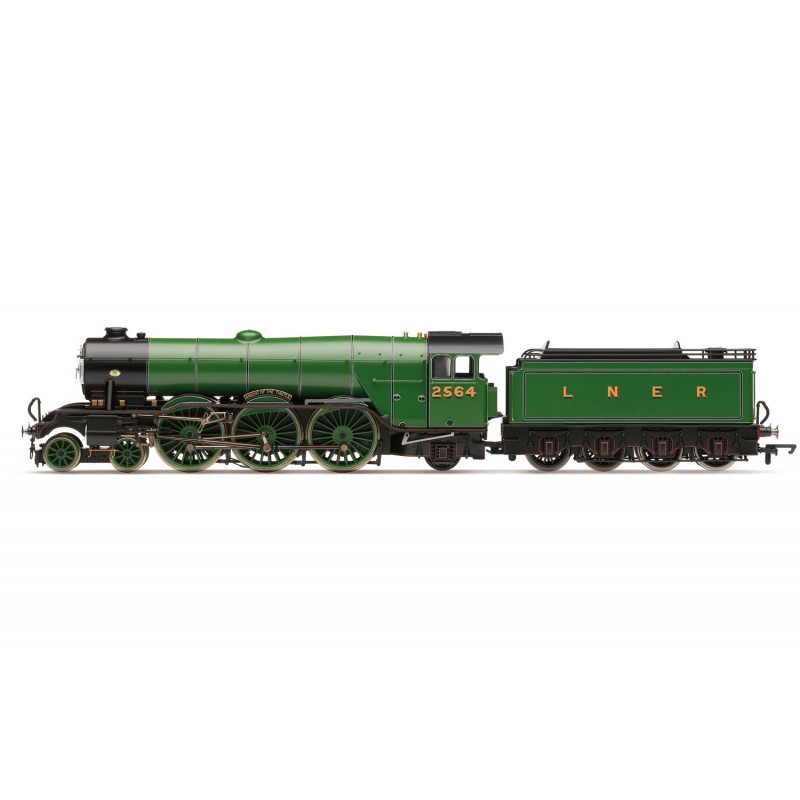 Built in August 1924, Gresley designed A1 No. 2564 was typical of the majority of the class in being named after a racehorse, in this case ‘Knight of the Thistle’, winner of the 1897 Royal Hunt Cup. The locomotive was the second of 20 A1s to be built by the North British Locomotive Company rather than being built at Doncaster Works. Under Thompson’s 1946 renumbering scheme ‘Knight of Thistle’ became locomotive No. 65. The locomotive was rebuilt to A3 specification in March 1947 and continued in service until being withdrawn by BR in June 1964.