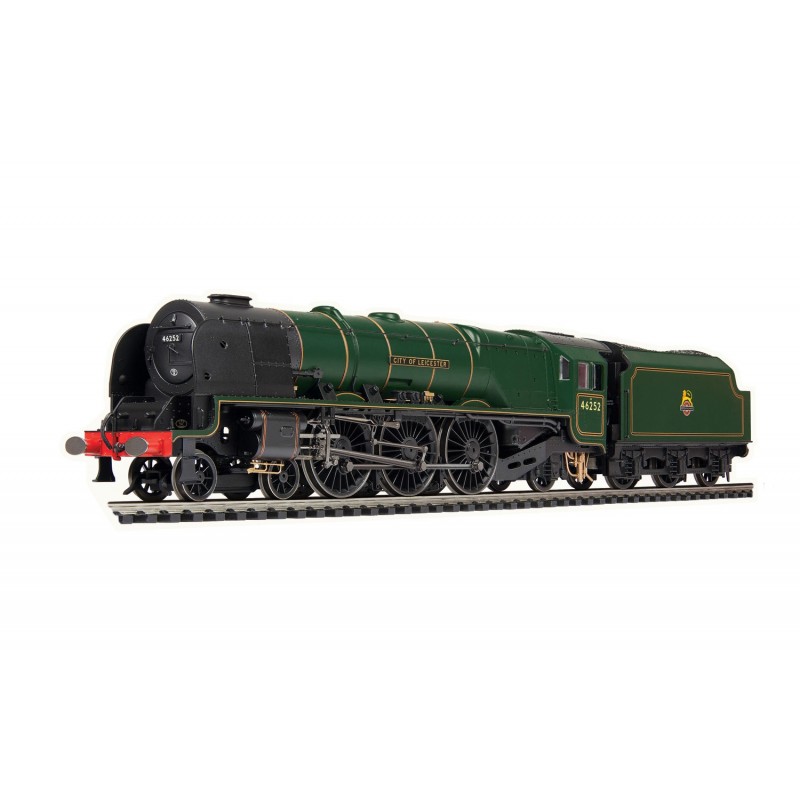 The original streamlined form of Sir William Stanier’s Princess Coronation class arose from tests by the London Midland Scottish Railway’s Research Department on Stanier’s development of the Princess Royal class locomotives. Stanier was said to be ambivalent about the economic value of streamlining but was aware of the publicity value of such a design. When the opportunity to produce five conventional versions of the Coronation Pacific as a comparison to the streamlined version arose, Stanier was quoted as saying, “They can have their streamliners if they want them, but we will also build them five proper ones”. Those first five conventional locomotives were 6230 Duchess of Buccleuch to 6234 Duchess of Abercorn and colloquially they were known as Duchesses, after the first of this sub-class. Appearing in 1938 with a single chimney and without smoke deflectors, it is this form that many purists regard as the finest Pacific locomotive produced. The next four Duchesses to appear were 6249-6252 in 1944 and they emerged from works with a double chimney. Originally ordered as streamlined, the demands of maintaining the streamlined form exceeded the cost savings in coal and so they emerged from works without the casing, but with streamlined tenders (which had been completed before that decision was taken). In 1946 the next three Duchesses, 6253-6255, differed in appearance again, this time the curved fall plate at the front was replaced by a split platform and smoke deflectors were fitted. The final ‘as new’ produced Duchesses were 6256 and 46257 (as City of Salford entered service straight into British Railways’ ownership) and these were designs modified by H.G Ivatt, featuring a different cab, pony truck, reversing gear and roller bearings. The process of de-streamlining (or ‘defrocking’ as the fitters referred to it) the remaining engines began with 6235 City of Birmingham in April 1946 and finished with 6243 City of Lancaster in May 1949. Because the smokeboxes were angled down between the chimney and door to accommodate the sweep of the streamlined casing, upon defrocking they retained this look, being referred to as semi-streamlined by enthusiasts of the time. Eventually the raked smokeboxes were replaced with conventional smokeboxes, so that by late 1958 the majority of the fleet showed a similar appearance, although all the defrocked locomotives had the split platform ‘utility’ front end. Withdrawal of the class commenced in December 1962 and by October 1964 all had been withdrawn. Fortunately, three locomotives were saved for preservation; 6229 Duchess of Hamilton, 6233 Duchess of Sutherland and 6235 City of Birmingham. 46252 City of Leicester was built at Crewe and entered service at the end of June 1944, the locomotive being built to Stanier’s conventional design with a double chimney, although the smoke deflectors were not fitted until March 1945, and it was one of the ‘Duchesses’ that were briefly coupled with streamlined tenders from new. On 18 November 1951 the locomotive was involved in a major crash at Polesworth, near Tamworth, when owing to the failure of a signal at another box, the train had to be diverted from the fast line to the slow line. The driver did not notice the signals set to ‘Caution’ and was too late in applying the brakes, resulting in eight coaches being derailed and the locomotive being badly damaged.