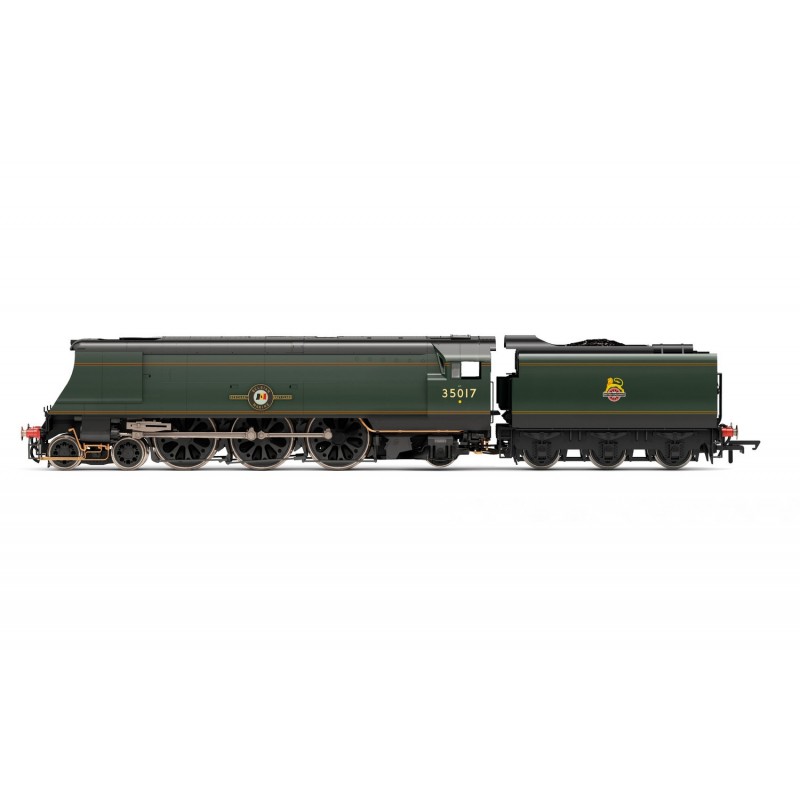 The SR Merchant Navy Class were a class of 4-6-2 Pacific steam locomotives designed for the Southern Railway by Oliver Bulleid. The class members were named after the Merchant Navy shipping lines involved in the Battle of the Atlantic, and latterly those which used Southampton Docks. Although the class were originally built with air-smoothed casing and chain-driven vale gear, the entire class were later modified under BR, resulting in a more conventional, easier to maintain design. No. 35017 ‘Belgian Marine’ was built in April 1945 at the Eastleigh Works under the SR number 21C17. The Locomotive was rebuilt in March 1957 and remained in service until July 1966 before being scrapped in Newport.