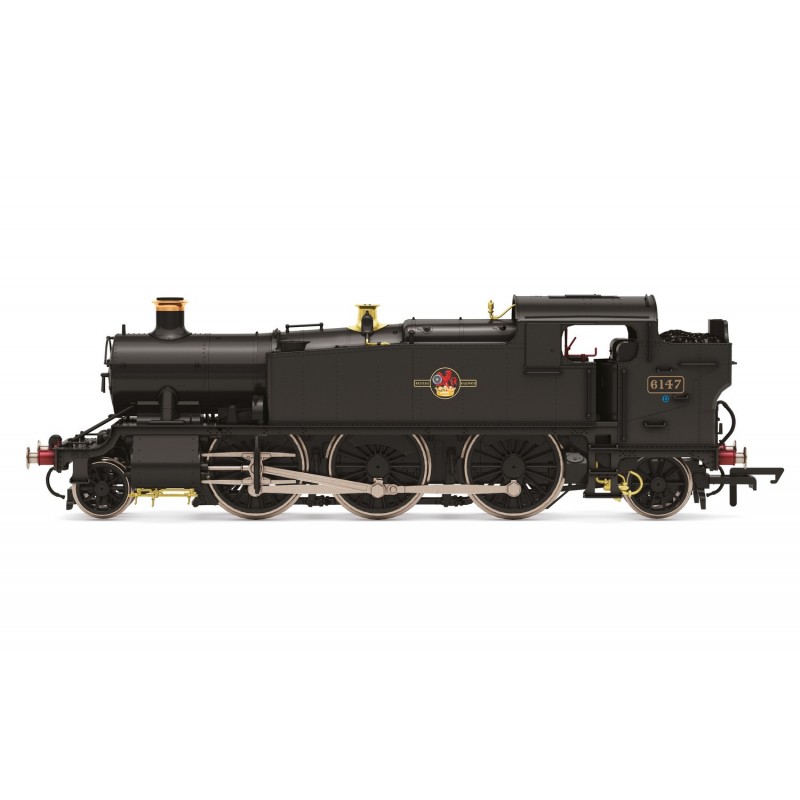 In 1903, George Churchward, Chief Mechanical Engineer of the Great Western Railway, embarked upon his locomotive improvement scheme with three types of ‘standard’ class engines, of which his 2-6-2T design was destined to become probably the GWR’s most useful locomotive, lasting in traffic until the last month of Western Region steam operations in December 1965. The Class prototype, No. 99, spent two years working across the GWR system and the lessons learnt from its performance were incorporated into the thirty-nine production locomotives of the 3100 Class, introduced during 1905/1906. At eighteen tons, they were designated as red route engines, initially being able to cover 42% of the GWR network. In 1927 experiments were undertaken to reduce the weight distribution of the class leading to the locomotives gaining blue route clearance and being renumbered in the 5111-5149 range, changing the class designation to 5100 in the process. At the same time as the 3100 class locomotives were being converted to 5100 class, further locomotives to the same design and blue route designation were built, designated as the 5101 class. 140 locomotives were built between 1929 and 1949, incorporating all the modifications applied to the 3100 class. The need for new locomotives to work accelerated London suburban services at the beginning of the 1930s led to further development of the 5101 class, an uprated Standard 2 boiler being fitted to seventy new locomotives built between 1931 and 1935. Numbered in the 6100- 6169 range, they were designated as the 6100 class, being stationed at every London depot and replacing all other passenger tank locomotives except the auto-train fitted engines. It was only the reorganisation of the London suburban timetables in 1955 that led to some locomotives being transferred away from London and it was these examples that survived to the end of steam on the Western Region. Built at Swindon Works under Lot No. 278 in January 1933, Diagram A10 Class 6100 'Large Prairie' No. 6147 entered traffic with the London Division, remaining there until 3 December 1960. From London, 6147 was moved to Bristol, first at St. Philips Marsh and then at Bristol Barrow Road, before moving to Westbury in November 1963 and the locomotive ended its working life at 85A Worcester Shed in January 1966, having moved there in January 1964.