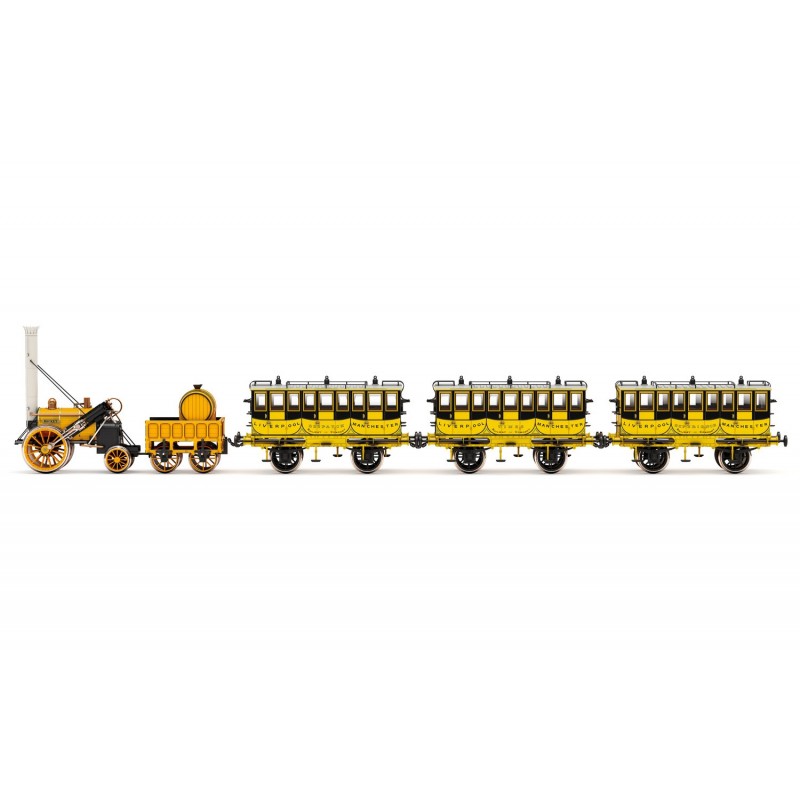 Rocket was designed and built as a direct response to the invitation to the Rainhill Trials issued by the Directors of the Liverpool and Manchester Railway on April 25, 1829 for, “a Locomotive Engine, which shall be a decided improvement on any hitherto constructed, subject to certain stipulations and conditions.” Initially known as the Premium Locomotive Engine, design and development work on the locomotive took place at Robert Stephenson & Co’s Newcastle factory and while George Stephenson is acknowledged as the engineer responsible for Rocket, much of the work was carried out by his son Robert, in conjunction with his draftsman George Phipps and Works Manager William Hutchinson. Rocket was completed to Robert Stephenson’s satisfaction on September 2, 1829 and was transported to Killingworth Colliery for steam and load haul testing prior to the Rainhill Trials. Rocket’s livery of yellow and black, with a white chimney, mirrored that of the L&MR’s existing first class coaches which, in turn, copied that of the fastest road coaches at the time and was chosen by George Stephenson in 1828 to suggest speed and reliability to a new class of travelling public. The outcome of the Rainhill Trials established Rocket as the clear winner and the L&MR Board awarded Robert Stephenson and Co. the contract to produce four further ‘Rocket’ type locomotives, all of which were to incorporate improvements highlighted by the Rainhill Trials. Over the next three years, Rocket itself was gradually improved, until February 1833 when the locomotive was relegated to secondary and standby duties. Rocket was purchased by Thompson & Sons of Kirkhouse for operating mineral trains on the Brampton Railway, but could not cope with the heavy trains and was withdrawn from service in 1840. In 1850 Rocket was moved to the Newcastle works of Robert Stephenson & Co. and in 1862 was donated to the Patent Museum, the forerunner of the Science Museum, by the Thompson family.